Bringing back the dictaphone 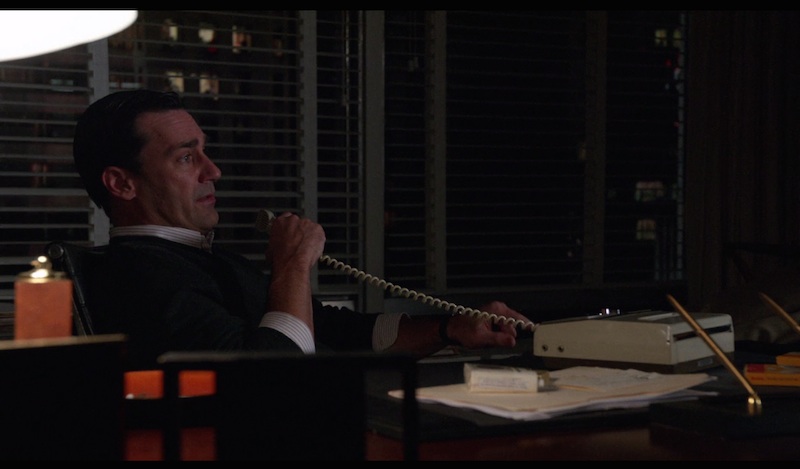 One of the fascinating things about Mad Men is the frequent use of the dictaphone– a tape recorder that starts and stops recording with the click of a button.

I wonder if the dictaphone’s demise also brought down one of its most compelling use cases: brainstorming aloud. While digital audio recording is ubiquitous today, I don’t think many people speak their thoughts aloud before committing them to paper.

In Mad Men, brainstorming aloud seems to be a key part of the creative process. In the scene above from Season 5, Draper spends a late night thinking of a campaign for Snoball, a frozen treat from the 1960s.

“The frozen machine that makes money for vendors. Now if it’s for the customers, the kids… do they get to work the machine?” For a few minutes, the audience watches a frustrated Don Draper struggle with the creative process.

As a writer, I sympathize with Draper’s frustration. Oftentimes, it’s difficult to turn the abstract thoughts in our heads into concrete words on the page. My writing process usually involves a first draft that spills all the thoughts in my head in whatever order I think of them. Only after several rewrites and revisions do I end up with the final draft.

The problem with my writing process, though, is that I generate thoughts faster than I can type them. By the time I’m ready to put down the next thought, I’ve already forgotten it.

Dictating, on the other hand, is a naturally fast way of committing our thoughts to the record. By speaking our thoughts aloud, we can record ideas as soon as we get them and organize them in writing later.

The dictaphone encourages this process of brainstorming aloud. Speaking into a dictaphone can be a substitute for a first draft. Subsequent rewriting will then commit the recorded ideas to paper.

If this process sounds interesting to you, check out Dictaphone, a Python script that imitates the behavior of the original dictaphone. It’s like other sound recorders, but the stop-go functionality helps to eliminate silence and make recording dead simple.

At a larger level, it’s interesting how the demise of a technological device can change our behavior. I rarely hear about people using their mobile devices to orally record their thoughts. But when dictaphones were popular, it seems the practice was commonplace. This trend coincides with typing becoming mainstream. Today it’s hard to think of an era when typing was a special skill. Sometimes, though, taking a step back in time can make our lives today a little easier.