Who at Princeton has a web site?

I was curious how many students at Princeton had posted a web site and, if so, what those sites were about. Check out the Princeton Undergraduate Personal Web Site Surfer to stumble upon some cool pages. 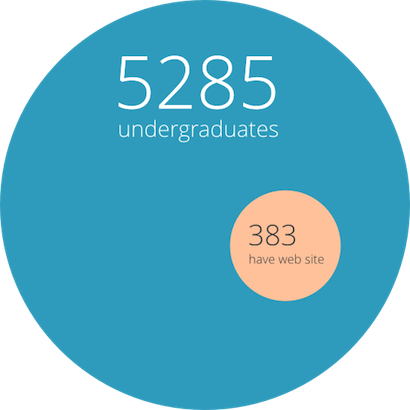 Every student at Princeton University has the opportunity to set up a static web site at the www.princeton.edu/~netid/, where “netid” is their student computer username. In fact, the page you’re reading is hosted on one such site (my netid is saha).

A few weeks ago in February 2013, I found myself with a file containing College Facebook data for every undergraduate currently attending the university. With this large list of NetIDs, I was curious how many students at Princeton had posted a web site and, if so, what those sites were about. Visiting student web sites are a cool way to learn about myriad student activities and interests across academic departments.

I wrote a few Python scripts to ping every netid-based url at princeton.edu, record the HTTP response status, and for those returning a response code of 200, ensure that the content was more than just the default directory listing.

I wondered about the breakdown of web sites posted by class: 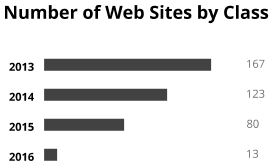 And here’s the number of web sites by major: 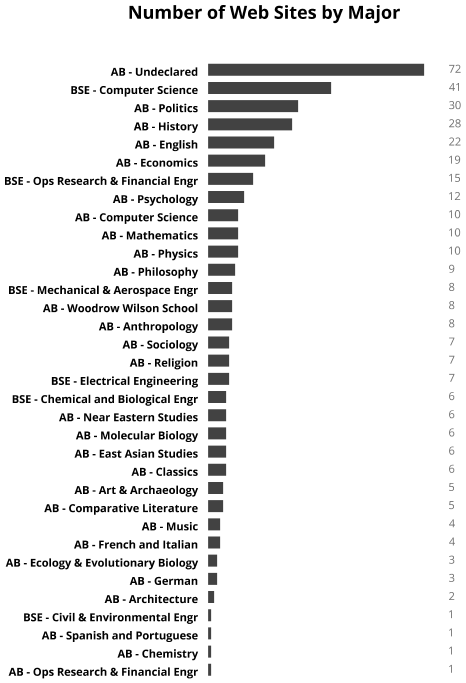 It’s expected that Computer Science is near the top of the list, but I was surprised to see Politics, History, and English close behind. In the coming years I bet we’ll see more students setting up web sites.

The main scripts are available in a GitHub repository.

Thanks to everyone who wrote in: